Betsy Wood and Brian Rouleau discuss Wood's book, Upon the Altar of Work: Child Labor & the Rise of a New American Sectionalism. You can watch here, or listen to the conversation as a podcast here. Other episodes of the SHCY podcast are available at our podcast website, or you can subscribe on Google Podcasts, Apple Podcasts, Spotify, and wherever you get your podcasts.

Upon the Altar of Work: Child Labor & the Rise of a New American Sectionalism

Did the abolitionist impulse die after emancipation? Hardly. Rather, as Betsy Wood shows us in her fascinating new book, the fire simply spread to new fields. After helping introduce the idea that the economy ought to be governed by a humanitarian logic, many antislavery activists developed more of an appetite for further intervention into the market. Once the “private” realm of the plantation fell away, reformers next set their sights on the factory, the mill, and the mine. For as industrialization accelerated after the Civil War, the abovementioned enterprises employed children by the millions. And in so doing, some lamented, they ushered in what was termed the nation’s “new white slavery.” Ending the abusive practice of child labour thus became the next great abolitionist crusade, Wood argues, and the struggle was often fought along sectional lines. “My goal in writing this book,” the author announces, “was to extend our scholarly perspective on the historical reach of the moral and social questions broached by antislavery and slave emancipation into the 20th century. In doing so, I have endeavored to use the lens of the battle over child labor to draw new connections between 19th- and 20th-century moral and social reform” (2). The fruits of that endeavour are striking.

The first two chapters lay important groundwork. Wood demonstrates that during the antebellum era, youth-focused northern organizations like the Children’s Aid Society were implicated in the fight over slavery. Their hope was to ship impoverished orphans into the West, transform them into productive members of society, and thus demonstrate the superiority of free labour principles. But this initiative, one which viewed children’s work as a wholesome exercise in character building, faced greater scrutiny after the Civil War. In the South, carpetbaggers and concerned parents looked askance at apprenticeship laws that granted the courts wide latitude to wrest Black children from their homes and employ them elsewhere. To the north, meanwhile, the padrone system among Italian immigrants trapped children within an exploitative labour system. Responding to these (and other) provocations, several state legislatures began to investigate the working lives of young people more generally. Official reports bemoaned the long hours, barbaric conditions, and lack of educational attainment. By the 1870s, it was beginning to look as though the North’s vaunted free labour system was not as morally sound as the early abolitionists imagined. The time to contemplate limiting children’s engagement with capitalism had come.

But as Wood demonstrates, the campaign to curtail child labour in the United States – as a formally organized political movement – traces its origins to the New South. With textile plants appearing across the region as investors chased cheap workers, reformers expressed revulsion at the sight of what they considered the uniquely miserable conditions endured by southern mill children. Muckrakers claimed to “know the sweatshops of Hester Street, New York [and] the lot of the coal miners of Pennsylvania, but for misery, woe, and helpless suffering, [they had] never seen anything to equal the cotton-mill slavery of South Carolina” (65). What Wood describes as an emerging genre of anti-Southern child labour journalism helped to fix images of stooped, stunted, and emaciated working-class youths in the minds of readers. Child labour, of course, existed across the nation. Northern industry even employed more kids in total. But reformers could not resist rehashing the sectional drama of the 1860s by fixating on the specific abuses of southern factories. In doing so, however, anti-child labour activists helped awaken Americans everywhere to the sinfulness of employing youths. The movement’s hope was to inspire a moral reunification of North and South, former foes now allied to combat the crime that was child labour.

Of course, to do so first required that child labour be widely understood (and prosecuted) as a crime. Changing the public’s perception of juvenile wage-earning became the work of one particularly prominent figure: Edgar Gardner Murphy. One of this book’s most important contributions lies in resuscitating the understudied Murphy, founder of the Alabama Child Labor Committee and eventual secretary of the National Child Labor Committee (NCLC). Through an in-depth investigation of his fight to regulate child labour, we gain a richer appreciation of the effort’s southern roots as well as the sectional tensions that helped derail it. Southerners, it turns out, grew to resent Northern fixation upon the particular horrors of Dixie’s industry. Religion also played a role in marshalling resistance to reform, with pastors preaching about godless bureaucrats who meddled with family affairs. But most importantly, the South begrudged efforts to federally regulate labour practices. The old canard of states’ rights was dusted off yet again to combat so-called Yankee interference with the region’s local affairs. Mill owners – either cynically or sincerely – were able whip up a good deal of resistance to anti-child labour bills by portraying them as a weapon wielded by Northern agitators. Edgar Murphy himself resigned from the NCLC over what he saw as its efforts to empower a domineering national government.

The final chapters of the book provide a helpful and detailed overview of the political battle to pass a national ban on child labour, first as a bill and then, following adverse Supreme Court decisions, as a constitutional amendment. Throughout, Wood is particularly attentive to the sectional flavour of that fight. Opposition to reform in Congress was concentrated in the South, while some of the first state legislatures to shoot down a proposed Twentieth Amendment were former members of the Confederacy. Progressive champions of the cause, meanwhile, continued to wave the bloody shirt. They likened themselves to the previous century’s abolitionists and equated child labour with slavery. But unlike in 1865, when the pen and the sword combined to annihilate human bondage, later activists were forced to accept half-measures and watered down compromise. When a federal ban on child labour finally passed as part of the New Deal, it was riddled with loopholes. Such was the enduring legacy of the sectional struggle. “Even at a point of maximum federal intervention in the economy,” Wood concludes, “a barrier had been raised to subsequent state initiatives that reflected the legacy of a new imaginary Mason-Dixon Line” (152).

There are moments, of course, where one might ask if Wood leans too heavily on neo-sectionalism as an explanatory framework, to the exclusion of other factors. After all, Yankee hotbeds of abolitionism were often just as keen to reject child labour laws as the unreconstructed South. And in focusing on the legacy of domestic regional antagonisms, the author perhaps missed an opportunity to weigh the importance of transnational politics. It may be that activists were more attentive to (and affected by) developments in Britain, France, Germany, and other countries simultaneously struggling with the question of child labour than is allowed for here. These minor quibbles, however, pale in com- parison to the book’s signal achievement. Upon the Altar of Work manages to make well-worn subject matter feel fresh, exciting, and original. Child labour is still with us of course, even if more a problem for the Global South than the American South. Betsy Wood’s work reveals how far we have come in combating that evil, while reminding readers of the work yet to be done. 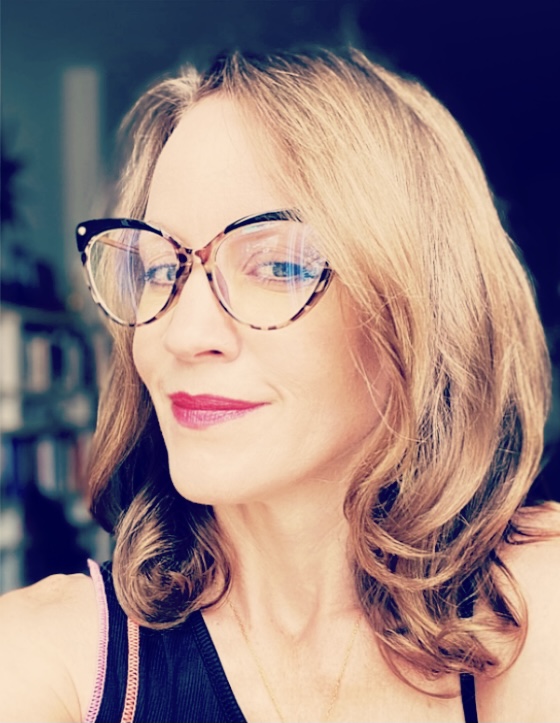 Betsy Wood is Assistant Professor of History at Bard Early College in Newark, NJ. She specializes in labor and working-class history, capitalism and slavery, social reform movements, and the history of American conservatism. Her first book, Upon the Altar of Work: Child Labor & the Rise of a New American Sectionalism, was published in 2020 by the University of Illinois Press as part of its “Working Class in American History” series. Upon the Altar of Work is the first book to examine how North-South conflict shaped legal, political, and ideological disagreements about child labor in America. Wood argues that the decades-long battle over child labor bequeathed an enduring legacy of sectionalism to modern American capitalist society. The dissertation out of which Upon the Altar of Work grew received the Herbert G. Gutman Prize for Best Dissertation in Labor and Working-Class History.

In addition to her scholarship, Wood has written extensively for public audiences with articles and op-eds in The New York Times, The Washington Post, The Conversation, and dozens of newspapers around the country. For two years, she served as a writer and researcher at the Institute for Policy Studies, a progressive think tank in Washington, D.C. Wood is currently working on a biography of Vivien Kellems, a midcentury businesswoman who launched a grassroots movement against the federal income tax.