Laura Soderberg and Mary Zaborskis discuss Soderberg's new book, Vicious Infants: Dangerous Childhoods in Antebellum U.S. Literature. Watch here, or listen to the conversation as a podcast here. Other episodes of the SHCY podcast are available at our podcast website, or you can subscribe on Google Podcasts, Apple Podcasts, Spotify, and wherever you get your podcasts.

Laura Soderberg is an assistant professor of English at the University of Southern Indiana. Mary Zaborskis is Assistant Professor of American Studies and Gender Studies at Penn State University - Harrisburg.

At an early point in Vicious Infants, an adept exploration of early American literary childhoods existing outside the idealized narratives perpetuated and normalized by white supremacy, author Laura Soderberg centers on the com­mon practice of youth indenture as depicted in Harriet Wilson’s Our Nig (1859) and William Apess’s A Son of the Forest (1829). Here, she posits that, taken to­gether, these texts help us “reframe how unfree labor connects child bodies to the public sphere and . . . subsequently shapes their relationship to the social world as adults” (20). Soderberg’s ability to seamlessly incorporate legal and historical texts—as she does in this particular section by examining what in­denture contracts suggest regarding the consent and autonomy of children who were Black, brown, or poor—helps make Vicious Infants a significant scholarly contribution to childhood studies, as well as, of course, nineteenth-century American literature and culture. Though there are places where the book’s momentum occasionally gets weighed down by dense language or academic jargon, and while there are other places where the discussion could have been fleshed out (for example, a section on Freud in the second chapter), these are slight criticisms. For in her skillful erosion of any presumed barriers between the literary and the historical via her shrewd close readings throughout the book, Soderberg reinforces the discursive nature of childhood through her im­pressive, important research.

The book’s captivating title is more than just a catchy phrase underscoring the myth of childhood innocence. It is a nineteenth-century criminal designa­tion. “An early alternative for the [legal] category of the minor,” Soderberg explains, “the term infant was generally used to classify subjects under the age of eighteen or twenty-one years old as holding different rights and duties than adult subjects” (24). Thus, “vicious infants,” as a phrase, also encapsulates the ways in which language predetermines the experience of childhood. Derived from the Latin in-fans, or “non-speaking,” “infant” works to “name an im­posed silence, a declaration that the speech of a minor could not properly be recognized in court as the sign of intention or testimony” (25). Those young people unrecognized or marginalized because of antebellum legal and literary strictures shape Vicious Infants. The study’s unifying argument “pushes against any singular type of antebellum childhood, to which one is either admitted or refused” and instead advocates for “a broader vocabulary of multiple child­hoods that each have their own relationship to civic and social life” (4). Now, to most childhood studies scholars, this notion may not be revelatory—the idea of varying models of childhood across time and space has been part of academic discussion since the publication of Philippe Ariès’s Centuries of Childhood (1960; 1962 English trans.). Yet each chapter’s specific engagement with the ways in which early American rhetoric of the white middle- and upper-class imagina­tion codified and essentialized childhood rewards readers in its revisionary recasting of nineteenth-century childhood in the United States, which it ac­complishes through considering textual gaps and silences—the textual in-fans.

Following the strong opening chapter on indenture and social contracts, Soderberg turns to “the incorrigible child” and juvenile delinquency, un­packing the textual implications of domestic child-rearing manuals (from well-known figures including Amos Bronson Alcott and Lydia Maria Childs) and institutional records from facilities such as the New York House of Ref­uge. In what may be the most compelling chapter, Soderberg brings to light the nineteenth-century racialized understanding of “prodigy” in antebellum medical discourse—that is, the “white tendency to treat Blackness as unpre­dictable and . . . as existing outside of genealogy,” which functioned “as a means of denying Black futurity” (83, 86). In her discussion of Susan Paul’s The Memoir of James Jackson, the Attentive and Obedient Scholar, Who Died in Boston, October 31, 1833, Aged Six Years and Eleven Months, which many argue is the first work of African American biography, and her powerful analysis of Moby-Dick’s doomed Pip, as well as select medical texts from the period, Soderberg deftly exposes not only how the Black prodigy was part of an “ongoing mode of alienation for Black subjects,” but also how scholarship can work “as an inroads into recalling [these] lost histories” (120). Vicious Infants’ last chapter presents a fascinating conceit, focusing on Harriet Beecher Stowe’s Dred (1856) as a novel representing “a collision between Stowe’s sentimentalism and her increasing belief that Malthusian theories of population had begun to apply in North America” (123). In more pointed terms, Soderberg says that in the novel, “we can see in the archetypical creator of perfect white child characters a rum­bling resentment of their relationship with systems of violence” (123). Perhaps because of the shift from textual renderings of nineteenth-century children to that of Malthus and population theory, this section proved less absorbing despite its sharp assessments.

Returning to Soderberg’s first chapter, she writes that indenture “performs a quintessentially literary action of stipulating consent—positing that the child who cannot consent to a contract nevertheless has enough intrinsic agency to become an adult who retroactively agrees” (22, emphasis mine). While read­ing this, I thought about how children’s literature also operates like this. The legal documents of indenture contracts, as well as the stories within children’s literature, construct the parameters of childhood for young people, and only in hindsight can they rebuild their understanding. Moments like this show the overriding achievement of Vicious Infants—its nuanced disclosure of American childhood’s textual ontology through antebellum works that Soderberg, with­out too heavy a hand, connects to our present moment. She gives voice to these silenced “vicious infants” and in the process speaks directly to the injustice and racism faced by flesh-and-blood children today.

Savannah College of Art and Design 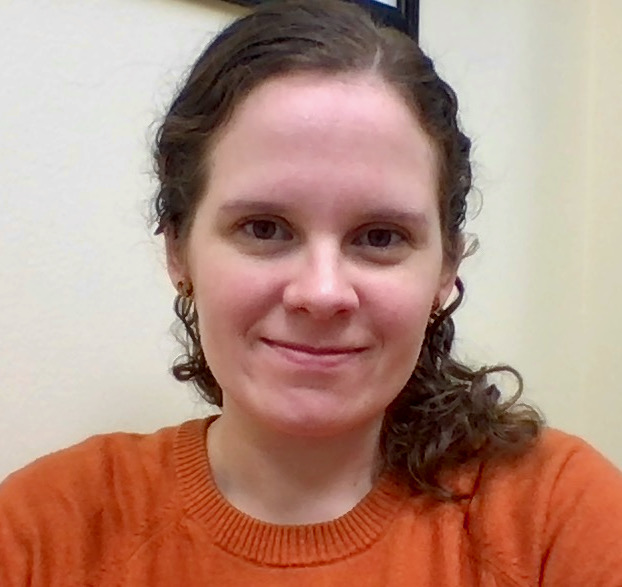 Laura Soderberg is an assistant professor of English at the University of Southern Indiana. She earned her Ph.D. from the University of Pennsylvania, specializing in nineteenth-century multiethnic U.S. literature and Childhood Studies. She has held fellowships from the McNeil Center for Early American Studies and the Winterthur Library, and her research has been published or is forthcoming from American Literature, J19, Studies in American Fiction, and American Quarterly. Her first book, Vicious Infants: Dangerous Childhoods in Antebellum U.S. Literature, was published in 2021 by the University of Massachusetts Press. Vicious Infants examines the categories of supposedly deviant childhood in antebellum American literature that drove theories of race and national population – including juvenile delinquency, prodigy, and Malthusianism – as they circulated between prison records, medicine, law, and literature.