Dylan Baun and Kristine Alexander discuss Baun's book, Winning Lebanon: Youth Politics, Populism, and the Production of Sectarian Violence, 1920-1958. You can also watch the interview here, or listen to it as a podcast here. Other episodes of the SHCY podcast are available at our podcast website, or you can subscribe on Google Podcasts, Apple Podcasts, Spotify, and wherever you get your podcasts.

In this work, Dylan Baun examines the growth of “popular organizations” from Greater Lebanon’s creation in 1920 to the 1958 Lebanese civil war. In these formative decades, Baun argues, a range of “predominantly middle-class, professional, and non-elite actors” established a populist and “youth-centric” form of “popular politics,” which rallied the young against colonialism and political elites. Initially largely male, urban, and middle class, these organizations in time strove to expand their base to include “women, rural and working-class” members as well as migrants from Latin America and West Africa. In doing so, they strove to “‘win’ Lebanon” in quantitative as well as in symbolic and political terms, “pushing their own, distinct image of Lebanon” and “gaining access to official and unofficial power structures.” This struggle for dominance, however, eventually produced “sectarian violence”: as erstwhile allies fought in the 1958 war, they accused their foes of acts of sectarianism—acts that were seen as the product of the unruly energies of youth. Where once youth was valorized, it was now painted as a dangerous force, charged with negative energy (2–4).

This is the story that Baun seeks to tell. The book’s first three chapters attempt to reconstruct the organizational cultures and strategies of a range of groups, from political parties (the Lebanese People’s Party, the Syrian Social Nationalist Party, the Kata’ib or Phalangist Party, and the Progressive Socialist Party) to youth organizations (the Sunni Muslim Najjada, or “helpers,” and the Shi‘a Tala‘i, or “vanguard”) and student groups (the Arab Nationalist Youth). These chapters on mobilization and organizational life feed into what is in some ways the heart of the book: the exploration in its final two chapters of the political violence of 1958, a moment that Baun argues generated new sectarian tensions and understandings of youth.

There is much potential here. We have long needed a new study of political life in mid-twentieth-century Lebanon that treats it as more than the expression of elite interests, competing nationalisms—Lebanese, Syrian, and pan-Arab—or confessionalism. Regrettably, however, much of this potential goes unfulfilled. Baun, it is true, does present English-language readers with a wealth of useful and interesting material on the rituals, organizational structures, and recruitment drives of these groups, though much is drawn from earlier Arabic-language scholarship. But his work here, for all the boldness of its claims, is hamstrung by an unfortunate combination of analytical overreach, superficiality of fact and argument, and a striking reluctance to situate its claims within broader scholarly debates.

At first blush, the point that the organizations Baun studies were more than political parties is well taken. The move away from elite politics and toward a broader examination of political culture is a welcome one. Yet I am left unpersuaded by Baun’s insistence that, for all their ideological divergences, “there was more continuity than difference” among these “popular organizations” (19). For to what extent can we really evacuate ideology from a consideration of these groups? And how far can we treat ideology as but one facet of a process of what Baun calls, after Bourdieu, “distinction”—or what he sees as an attempt to “stay relevant . . . by creating difference” (17)? More than the ex post facto “boast[s]” (17) that Baun dismissively calls them, these ideological discourses were the very foundations on which organizations like the Lebanese People’s Party or the Arab Nationalist Youth were built. Ideology provided these parties with an integrated vision of the present and a sense of the future’s possibilities.

At a more fundamental level, how similar were these organizations? Can we compare the organizational structure and culture of a youth movement like the Tala‘i, established as part of the drive toward Shi‘a communal uplift (48–54), to those of, say, the Lebanese People’s Party (from 1925, the communist party of Lebanon and Syria), which strove from its inception to recruit “workers and peasants” (27)? Yes, many of these organizations had central offices and local branches; they held meetings, wrote standing orders, handed out membership cards and raised funds; their members often sang partisan hymns and sometimes wore uniforms. But are many of these things not true in a general sense of all organizations? The Labour Party’s “culture” may well share certain features with that of the Salvation Army, and this in turn may hold certain things in common with the Boy Scouts. But is this to say that these groups share certain fundamental constitutive similarities that allow us to consider them a single analytical category? At what point does the comparison lose both heuristic value and logical coherence? What, in other words, justifies the choice to lump these various organizations together?

For Baun, the answer presumably lies in two factors: their focus on youth and their “populism.” If the latter, which Baun follows recent literature in treating as a moral discourse distinguishing between people and elites and bringing us back to the realm of ideas, his treatment of youth begs a number of questions. The first concerns his claim that the work takes a “bottom-up approach,” studying these organizations “ethnographically, in all their subjectivity” (3, 8). For what is missing here is precisely a sense of the subjective lifeworlds of ordinary group members. We are told a great deal—little of it new—about the lives and ideas of founders such as Antun Sa‘ada or Kamal Jumblatt. But we learn rather less about what animated the rank and file.

Equally problematic is Baun’s use of the Arabic term futuwa—“youth” in the broad sense, but with particular associations, both positive and negative, with masculinity—as a framing device. For if this was “not a term that popular organizations often use[d],” in what sense does its deployment as a heuristic category add ethnographic “nuance” (4)? And why impose a term that, though it had specific resonance elsewhere in the Middle East, held little meaning for Lebanese actors, while failing to subject the emic terms that they did use—such as ghilman (177), translated throughout as “punks”—to sustained analysis?

This is symptomatic not just of the work’s tendency to confuse the use of ill-suited theoretical devices with analysis, but also of its marked reluctance to engage with broader debates. Would it not have been helpful, for instance, to engage more closely with the work, not just of Wilson Chacko Jacob—who is cited—but also of other scholars of Middle Eastern masculinities like Lucie Ryzova, whose sophisticated account of young male self-fashioning remains uncited? And what of the work of Leyla Dakhli, Michael Provence, Philip Khoury, Peter Wien, and others who have shown the importance of generational change and educational background to early twentieth-century Middle Eastern politics, or of historians of women’s participation in social and political movements, like Ellen Fleischmann or Nova Robinson, or indeed of scholars of Lebanese migration to West Africa and Latin America, whose work, when it is cited, receives short shrift? This is not to speak of the large literature on youth movements and discourses of youthfulness across the twentieth-century world, from the fascist and communist organizations of interwar Europe to the Young Pioneers in China, the Young Men’s Muslim Association in Egypt and Palestine, or even the “modern girl” in the port cities of East and Southeast Asia. This is not simply a question of citational generosity or of padding out footnotes to establish one’s bona fides. More to the point, such sustained engagement is analytically generative. It signals what is original about this work and what is not, and it tells what is distinctive about Lebanon and about these organizations, while showing what they shared with other movements elsewhere. And it does so without lapsing into the banal structuralism of modernization theory, as Baun does (185). Baun’s failure to situate his claims within both regional and global contexts represents, like so much else about this monograph, a missed opportunity. 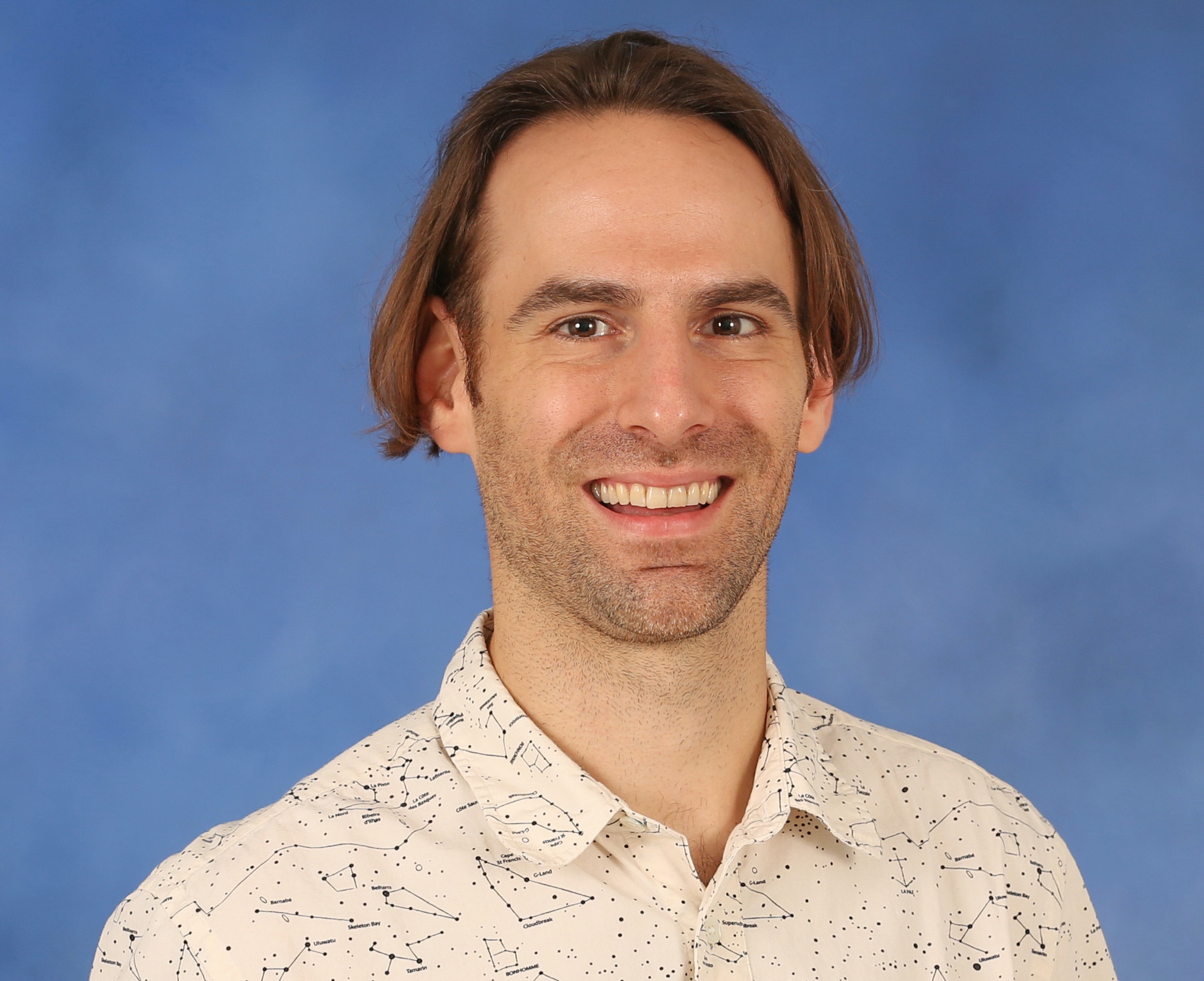 Dylan Baun is a political and cultural historian of the Modern Middle East and Islamic World and Assistant Professor of History at the University of Alabama in Huntsville.  Dylan received his Ph.D. in Middle Eastern and North African Studies from the University of Arizona.  His research focuses on the history of youth and young people in the twentieth century Middle East. His first book, published with Cambridge University Press in 2021, is titled Winning Lebanon:  Youth Politics, Populism, and the Production of Sectarian Violence, 1920-1958.