Youth and the Cuban Revolution

Youth and the Cuban Revolution

Anne Luke is Lecturer in Childhood Studies in the School of Education at the University of Leeds in the UK.  Parvathi Kumaraswami is Chair of Latin American Studies and Director of the Centre for Research on Cuba at the University of Nottingham in the UK. You can listen to other episodes of the SHCY podcast by visiting the podcast website, or you can subscribe on Google Podcasts, Apple Podcasts, Spotify, and wherever you get your podcasts.

Youth and the Cuban Revolution: Youth Culture and Politics in 1960s Cuba.

Youth and the Cuban Revolution explores the mutually dependent relationship between Cuba’s youth and the country’s leadership and revolutionary youth culture in the 1960s. Luke argues that the cultural specificity of Cuba at that moment created an exceptionalism from which identity politics emerged; Cuba was distinct from the global sixties. Internally, the ideological revolution and its corresponding policy on the island created profound changes with tremendous emphasis placed on the formation of the Revolution and the charge to create ideologically appropriate children. Reactionary behavior, including policy implementation, often resulted as a form of “moral panic” in an attempt to control the youth population (see Stanley Cohen’s Folk Devils and Moral Panics [Blackwell, 1987]). In this vein, Fidel Castro bemoaned the deviance of youth not subscribing to the “new moral universe”: “The tree that grew twisted could not be straightened” (cited in Revolución, March 14, 1963, 3).

Divided into seven chapters, Luke’s historiography provides a comprehensive analysis of the youth socializing mechanisms that formed revolutionary conciencia (consciousness). Incorporating leadership speeches, magazines, song lyrics, and cartoons, Luke’s study uses “youth,” “sixties” and “Cuba” as units of analysis. Interviews corroborate her interpretations and fill in research gaps. Youth studies, as a tool of analysis, highlights the uniqueness of the revolutionary generation in post-1959 Cuba. Using Stanley Cohen’s concept of “moral panic,” she adeptly identifies the resultant tensions, policies and subsequent reactions, which become the “signpost for other age-related schisms” (6), including countercultures and subcultures.

The exceptionalism of the Cuban case (chapter 1), Luke explains, is that the new generation, the generation of the Revolution, was part of the evolving national revolutionary ideology, creating a political and cultural vision of Cuban young people. At the same time, incorporating broadly inclusive rhetoric (chapter 2), the Revolution sought to engage all social groups in ideological formation, ironically, as Luke shows, sometimes preventing youth from the actual experience of being young in the sixties. Taking advantage of the energy and radicalism demonstrated in the 1950s, moralism and hard work were to be channeled into the construction of a new nation, forming a young revolutionary vanguard.

Luke deftly deconstructs the extensive youth policies encompassed in the pedagogy of work (chapter 3). She reveals the ways by which notions of youth were connected with the construction of education and education with the construction of the ideology of productive work to create the necessary revolutionary conciencia and ideological development. The nonconforming young people were seen as “folk devils,” not fulfilling the idyllic expectations of heroism and purity.

In chapter 4, Luke takes a fascinating look at the external influence of the global sixties. The antiestablishment global movements contrasted with Cuba’s effort for positive internal change, in some cases preventing potential solidarity. Luke provides intriguing examples of how the reception of these outside cultural trends was either one of assimilation, hybridization, Cubanization or cultural flow. Moral panic, in this case, caused misunderstanding, if not vilification of the West.

In chapter 5, Luke provides a thorough account of the evolution of youth organizations as they played an active role in forming the new Cuba and the youth movement’s identity. Uncertainty was reflected in the organizations’ purposes (cultural, political, military), fluctuating from being mass to selective organizations, and some being absorbed by others. In 1962, the Leninist technique of autocrítica was adopted, a type of self and group criticism. Depuración occurred, purging youth of what could be destructive to the Revolution. What was considered revolutionary became so narrow and monitored that it made it difficult to attract and maintain membership.

Childhood studies tell us that family, school, and work are the primary socializing agents of children, but Luke shows the remarkable socialization of Cuban youth through mass participation initiatives and volunteerism in revolutionary life (chapter 6): first, in education, as literacy workers (100,000 children, ages ten to nineteen) in the 1961 literacy campaign; second, in culture, in the aficionado movement in the arts; and third, in the military, incorporating the young in revolutionary militias to defend the country. These various forms of participation drove the development of new structures, policies, and culture, affording youth ways to internalize the Revolution without having participated in the guerrilla struggle itself.

Finally, Luke reflects on literary publications and music genres that were instrumental in identity construction (chapter 7). The literary and music scenes were dominated by young people who saw themselves as the cultural vanguard and who critiqued the Revolutionary discourse for being too narrow. At odds with the Cuban leadership, these culturally marginalized groups defined and refined what it meant to be revolutionary, while simultaneously being shaped by the Revolution. Luke has delivered a thorough, skillfully written, insightful study about the social construction of Cuban youth and its contested terrain in the sixties. Youth and the Cuban Revolution is a new addition to Cuban youth studies, distinguishing itself with detail and theory that expands the category of youth and our theoretical understanding of its importance to the formation of the Revolution and its structures. The relationship between Cuban youth and the state continues to bear relevance in Cuba today, as historically, the dynamic of the sixties repeats itself. 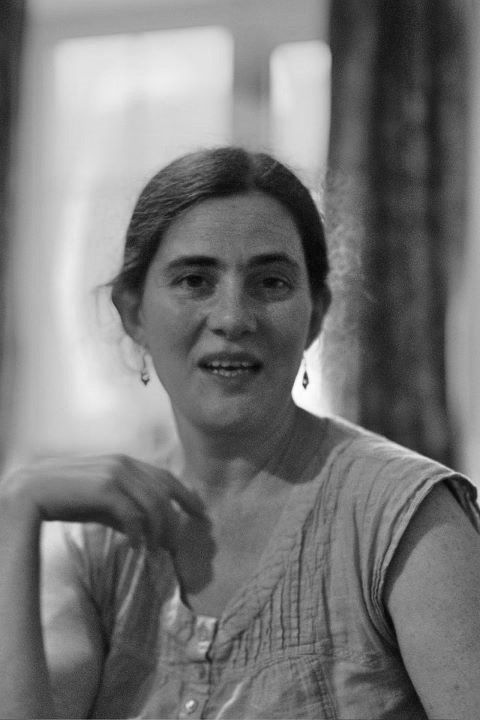 Anne Luke is Lecturer in Childhood Studies in the School of Education at the University of Leeds in the UK.  She teaches critical perspectives on childhood and youth with a particular focus on youth activism in the twentieth century and sociological approaches to youth and childhood. She is interested in how childhood and youth have been constructed differently under diverse political and social systems. As well as her monograph Youth and the Cuban Revolution (Lexington) she has published on the themes of youth migration, political culture and internationalism in Cuba. She is a member of the Cuba Research Forum in the UK. She is currently working on conceptual approaches to childhood and youth in the global south and the role of international collaboration in the formulation of hybrid youth identities in the twentieth century.