By: Siân Pooley and Jonathan Taylor

Siân Pooley is an associate professor in the History Faculty, University of Oxford. Jonathan Taylor is a Senior Research Associate at the University of Bristol’s School for Policy Studies.

Children’s experiences of welfare in modern Britain explores the history of childhood and welfare through the eyes of children.[1] As editors of the volume, in this commentary we introduce our aims in publishing the book and some of the avenues it might open for other historians of childhood and youth.

Our project began from one of the master narratives in the history of childhood. As Harry Hendrick explained, the process of ‘transforming children into investments’ has been one of the central stories of the nineteenth and twentieth centuries.[2] Almost forty years ago, the pioneering sociologist Viviana A. Zelizer charted how new social norms in early twentieth-century USA invented the ‘economically worthless but emotionally priceless child’ who required specialized and distinctive investments.[3] Historians have since argued that these changes occurred – at different points and in diverse ways – in many European nations, their empires and post-colonial nation-states.[4]

Yet, we seldom hear children’s voices in these studies. Zelizer herself acknowledged that ‘partly because of the absence of historical sources, I could not reach far into how children’s own experiences and interactions changed’.[5] Lynn Abrams similarly suggested that in studies of modern Britain ‘the history of child welfare … has taken little notice of children’s views and their responses to policies enacted on their behalf’.[6] Children’s experiences of welfare in modern Britain seeks to begin to rectify this omission. By drawing upon thousands of personal testimonies, including a wealth of writing by children themselves, we suggest that the history of child welfare looks different when we place children’s perspectives at the heart of the narrative.

Historians of childhood and youth have been particularly attentive to shortfalls within the archival record.[7] Writing in the inaugural issue of the Journal of the History of Childhood and Youth, Joseph Haws and Ray Hiner suggested in 2008 that historians wanting to write about ‘children themselves – as opposed to what adults thought about children – needed to change their methods and their thinking’.[8] This volume takes a different perspective. We start from the understanding that historians of childhood do not need specialist tools. Children’s lives can be understood with the same diverse range of sources and approaches that are used to understand the lives of other marginalized people. Chapters in the volume use a wide range of sources, including sources produced by children themselves, most notably letters, essays, responses to social surveys, and published writing; adult onlookers’ descriptions of children’s behaviours; oral history testimonies; and silences within the historical record.

Most studies of welfare focus on a single service or provider, defined implicitly through adult-created professional institutions. However, by placing the experiences of children at the centre of our research, the volume reveals that professional divides that are archivally and historiographically prominent were often of little significance to the young. In the modern period in particular, children interacted simultaneously with multiple providers. Hybrid spaces that brought complementary expertise under a single roof, such as schools or clinics, were particularly significant for children. At other points, young people moved, sometimes tactically, sometimes involuntarily, between services underpinned by contradictory ideologies, practices, and funding. In selecting chapters for inclusion in this collection, we sought to bring state, philanthropic, familial and peer welfare into a single volume, so as to examine these interactions. Chapters thus offer a wide range of in-depth case studies of welfare provision: emigration schemes; residential institutions; hospitals, clinics and convalescent homes; schools; social housing; and familial and peer care.

By directing a spotlight on the child, rather than the provider, the evidence revealed to us the distinctive significance of human relationships to child welfare. As one of the most structurally disempowered groups in society, children’s access to welfare provision was mediated to an unusual degree by social relationships. Evidence produced by children shows how their well-being was underpinned by contingent opportunities to form supportive and sustained relationships with peers and adults. Inequalities in investments of money, time, expertise, and power were the products of relationships, both within the family and beyond, as well as of welfare policies.

We also sought to take seriously the subjective, qualitative, and life-long impacts of unequal investments in childhood. When historians have sought to assess the impact of policies on young recipients, they have often turned to quantitative measures. This volume complements these studies by examining qualitative evidence for the impact of welfare. We do not seek to tell an aggregate story of an imagined statistically ‘average’ child, but instead explore the personal meanings and diverse experiences revealed by these sources. Additionally, more than half of the chapters consider how provision for children’s welfare shaped people, not merely while still young, but also across the course of their lives. We know that policymakers thought of children as investments for the future, but we also need to consider how people repeatedly sought to make sense of their own lives.

Instead of assuming that adult ideologies, professional affiliations, or legislative programmes determined children’s experiences, the ten chapters all begin by listening to what young people said and did about their welfare. These histories reveal that the young were integral to the making, interpretation, delivery, and impact of welfare services. Our state children’s services, charities and, indeed, families are the shape they are today partly because of the actions of generations of young people.

In addition to the hardback volume, the edited collection is available for free download.[9] This volume was inspired by an interdisciplinary project, which brings insights from history into dialogue both with contemporary research into children’s well-being and with policymaking.[10] We therefore chose to publish an open access volume with the University of London Press to enable the latest historical research to be available to anyone with the power to shape children’s welfare today. Together, chapters in Children’s experiences of welfare reveal that progress in improving children’s lives requires sustained investment and conscious prioritization. We argue that, as the most politically disempowered group in Britain for the last century, public authorities have a particular responsibility to focus on the impact of policymaking on children. Our book shows the crucial role that historians can play in analysing the short- and long-term impacts of investments in child welfare by listening to children’s experiences. 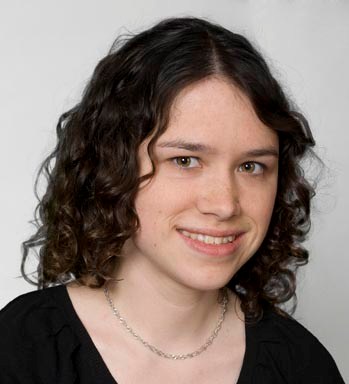 Siân Pooley teaches modern British history at Magdalen College, Oxford. She is an associate professor in the History Faculty, University of Oxford and a director of the University of Oxford’s Centre for the History of Childhood. She is the co-editor of Parenthood Between Generations: Transforming Reproductive Cultures (Oxford, 2016) and The Diary of Elizabeth Lee: Growing Up on Merseyside in the Late Nineteenth Century (Liverpool, 2010). Her research examines parenthood, children’s lives, and welfare in modern Britain. 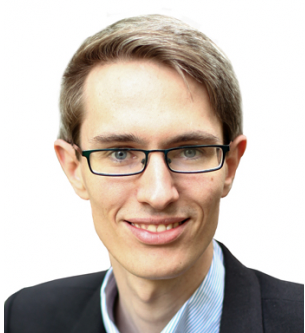 Jonathan Taylor is a Senior Research Associate at the University of Bristol’s School for Policy Studies and a keen proponent of interdisciplinary scholarship. Jonathan obtained his DPhil, entitled ‘Child protection, the family and the welfare state, 1933– 1970’, from the University of Oxford. Jonathan is currently managing an NIHR-funded research project that seeks to improve the health and well-being of care leavers through a training intervention designed for social work professionals.