The eighth biennial conference of the Society for the History of Children and Youth, held at the University of British Columbia, included approximately 240 delegates and over 60 panels. SHCY’s conferences have always been well-organized, sporting a diverse range of research papers, but I was especially impressed by the quality and volume of graduate student work (around 45 papers). 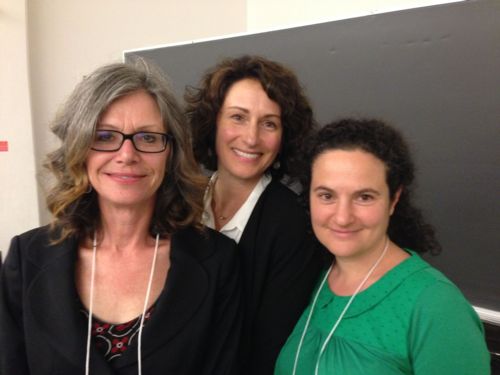 Presidency (2013-2015), and the inauguration of Mona Gleason’s term (2015-2017). At the business meeting, members raised two perennial questions for the organization: (a) How can we continue to advance graduate student participation in the field of childhood history? (b) How might we encourage paper and article submissions on periods before the 19th-century, and outside North America?

The Society has relied upon at least three mechanisms to address these persistent issues:

The Society’s executive board and the Journal’s editorial board are occupied by a diverse, international set of scholars. Our conference, prize, outreach, website, and other committees are purposefully diverse. At SHCY 2015 we voted to add a second graduate student representative to the Society’s executive.

Our ability to offer conference stipends to students (given their numbers) probably falls short of the existing needs. In addition to our primary dependence on membership dues, some members have made significant donations. It seems to me doing more would require an effort to raise funds outside of our own ranks.

SHCY has held conferences in the U.S. (on both coasts and the Midwest), Canada, England, and Sweden. We have also sponsored conferences and other events in North America and Europe. The Society’s Fass-Sandin prizes celebrate excellence in non-English research within childhood history.

It seems to me there are limits to what any organization can do to attract temporally and regionally diverse research to its venues. As with previous years, volumes 7-8 of the Journal (2013-15), emphasized the post-WWII period – 19 of 37 articles. A fifth of the articles dealt with periods prior to the 20th-century, but none were from medieval or ancient times. Half of the articles focused on North America and about 16% on Western Europe. This said, the residential range of contributors has grown; the proportion of authors residing outside Canada and the U.S. tripled from 14% to 46% from 2011 to 2015. Of course, the contents of peer-reviewed journal’s cannot (should not) be manipulated simply to fit organizational goals. As Jim Marten pointed-out, the above figures reflect the distribution of quality submissions received – and this is dependent on the decisions and abilities of researchers. A forthcoming special issue on Ireland was made possible by particular scholars studying and organizing in that country. SHCY and JHCY can only communicate that a wide spectrum of historical work on childhood and youth is welcome.

Conference location is another practical way that the Society has made itself accessible to an international mixture of scholars. Next time, the meeting will move 5,000 kilometres from the west coast of North America to the east. The executive board accepted a proposal from Susan Miller of the Department of Childhood Studies to host SHCY 2017at Rutgers University – Camden. The business meeting included an extended discussion of the advantages and challenges of holding the 2019 meeting in Australia or Europe. As with the contents of the Journal, this is not a simple issue. A given location will always be more favourable for some than others. Where we are able to go depends upon who is willing and able to propose hosting a conference like SHCY. Clearly, our effort to establish an international organization would be greatly advanced if we could continue to find venues outside of North America one out of three times.

As with previous SHCY business meetings members discussed additional initiatives that might help the Society continue to engage the vast temporal, theoretical, linguistic, and cultural diversity that one finds in the historical study of childhood. All of these ideas require volunteer labour and/or fund-raising success to materialize. We might increase our collaborations with other organizations and further utilize multi-media the way CHC has during the 2014-15.

We might establish work-groups within the Society (girlhood studies, literature, early-modern Europe etc.). In other academic organizations, work-groups are supposed to encourage the assembly of conference panels or proposals for special issues within journals in targeted areas. Often the larger organization sets aside space and time at the conferences for them. Some working-groups hold events outside their parent conferences at locations well suited to their members. As with several of the ideas mentioned above, work-groups are a means for welcoming scholars to shape the Society as they see fit. It is upon us to make the proposals and complete the necessary work.

The Keynote – The Politics of Childhood 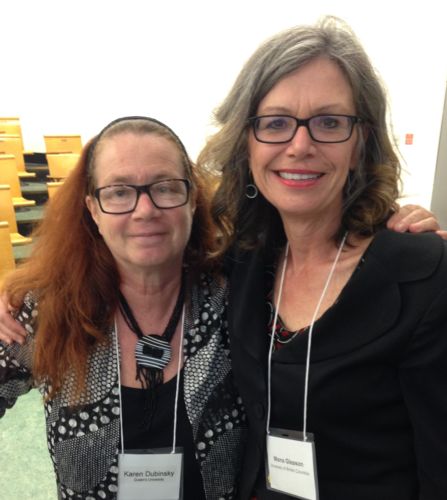 Karen Dubinsky delivered the keynote address – “The Politics of Childhood Meets the Children of Politics: Cuban Literacy Teachers Revisit their Youth” – for SHCY 2017. Her presentation was a visual feast. You can view and listen to it by clicking here.

Dubinsky outlined six categories of representation after years of examining political images of childhood around the world. In her talk she summarizes (an shows) them as:

See her related commentary on these themes in her 2012 article, “Children, Ideology and Iconography,” (JHCY vol. 5, no. 1). As her title suggests, the balance of Dubinsky’s talk focused on the sixth category – children as political actors. She closely documented the engagement of children and youth as teachers in the revolutionary Cuban literacy program during the early 1960s, and gave attention to the memories and reports of participants during a celebration of it fifty years later.

Dubinsky offered three questions for us to consider about the politics of childhood.

1) What are the historical circumstances that produce children with self-consciousness of their political selves (political duties, responsibilities, or desires)?
2) What would happen to the adult-child binary if we widened our imagination about children and political citizenship or political capabilities?
3) What would our image archive look like if the full spectrum of political actors were represented? (images of children as political actors are relatively rare)

Babies Without Borders: Adoption and Migration Across the 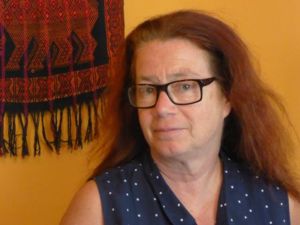 The Second Greatest Disappointment: Honeymooning and Tourism at Niagara Falls (Toronto: Between the Lines and New Brunswick New Jersey: Rutgers University Press, May, 1999)