Revisited: What to Make of Child-saving Discourse? 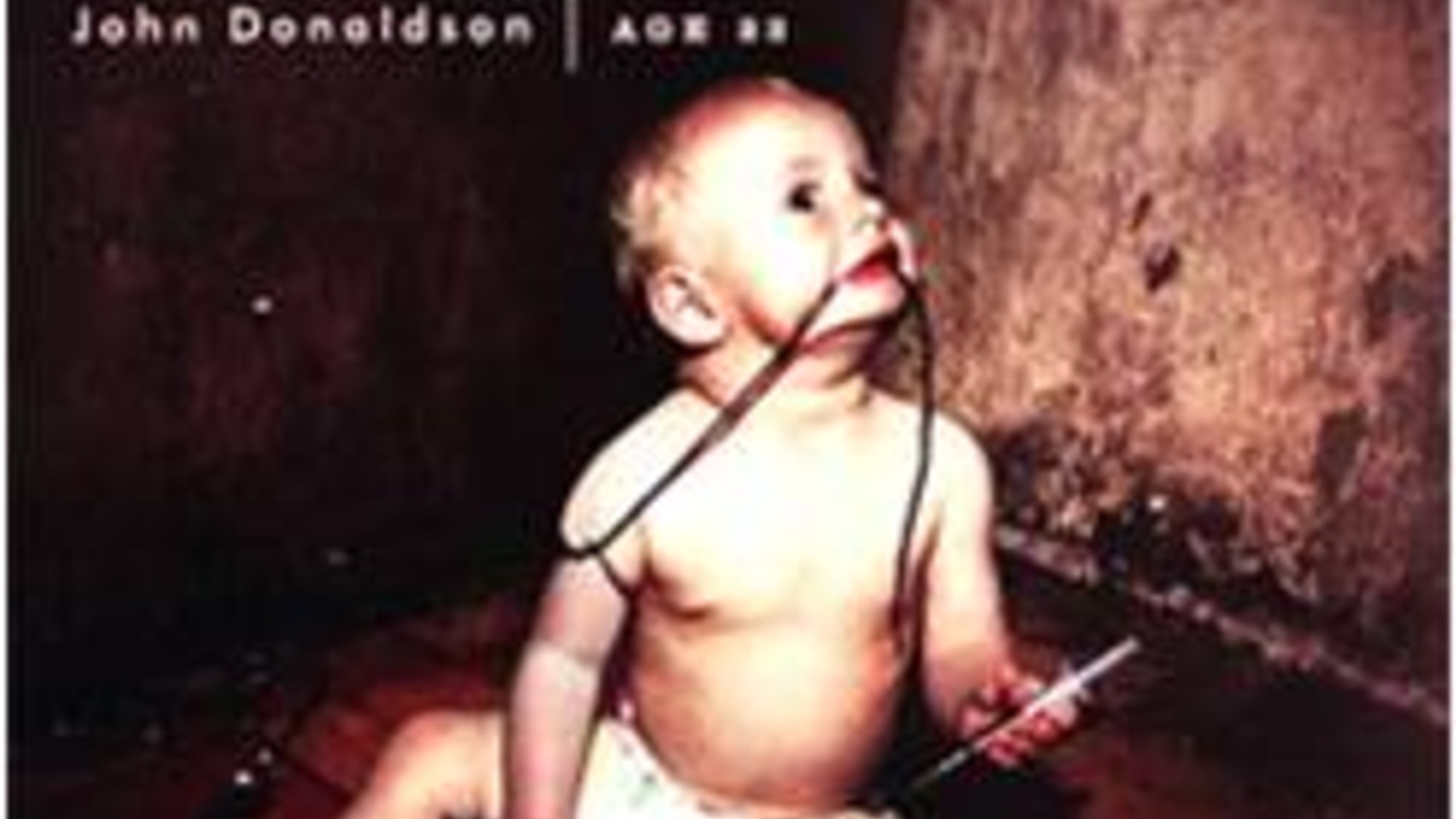 What to Make of Child-saving Discourse?

This summer British Airways interrupted my in-flight movie to ask for a charitable donation.  There we were, jet-setting at six kilometres above the earth, as a promotional video showed silken flight attendants and pilots walking a dusty road hand-in-hand with barefooted African children.  Seeing passengers fold-up their "High Life" magazines to toss a few dollars into a hat, while these images were projected upon rows of individualized screens, struck me as one of the world's particularly absurd moments.

Several weeks later, I searched in vain for this video.  It may have vanished from cyber-space after a pilot took his own life amid allegations that he had molested children while participating in the Airline's program; law suits have followed. British Airways' programs are hardly alone in providing a venue for the exploitation of children, anymore than child-rescue or child-saving discourse is incidental to larger structures of class, race, and globalization.1

The most troubling stories are simultaneously familiar and disorienting.  What to think?

Should we read ever popular child-saving campaigns for ideological concealment - as if they were like the happiness blankets offered in-flight to facilitate "deep, undisturbed sleep"?  This is part of the story.  Companies hope to associate themselves and what they sell with progress and human well-being.  Canada's Free the Children calls their corporate sponsors "change makers," "visionaries," "champions," "ambassadors," and "friends" - valuable tributes for Allstate, Cineplex, Ford (and others) in a media saturated world.  But, there is more to it.  If We Day (proclaimed as a "rock concerts for social change") feels like a "pep-rally", it also features everything from the Dalai Lama to Justin Bieber.  There must be more than one line of thought at work. 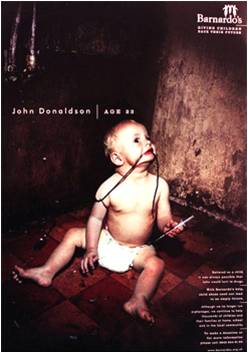 Consider Barnardos history of manipulation of childhood images.  The photograph above created controversy in late 1999 by showing an infant injecting himself with heroine.  The caption read, "Battered as a child, it was always possible that John would turn to drugs.  With Barnardo’s help, child abuse need not lead to an empty future."  The image was purportedly designed to raise consciousness and money for preventative programs for 'at-risk' youth.  Some publications refused to run it - arguing it was obscene.  It doesn't offend me, but it also does more than its producers say they intended.  The image hails forth the possibility that a young adult addict remains in essence a person worthy of forgiveness and care - like a child.  Though more caustic, its affect is similar to the substitutions used in Goebel Reeves' "Hobo's Lullaby," performed by both Woody and Arlo Guthrie.  In these texts, the juxtaposition of image or melody and word begins to erase a distinction that child-saving discourse itself relies upon: the polarity between innocence and guilt, between purity and profanity.  As they destabilize the line separating the saved from the damned, they propagate an unsettling feature of modern discourses of personal transformation - something akin to what Stanley Fish called "self-consuming artifacts."2

If nothing else, the complexity of these texts foster thoughts and feelings that might move readers in opposing directions.  They produce conflict at least as much as they conceal it.  This is another reason to be careful with the concept of ideology.  As Mitchell Dean explains, the "objective of ideology critique is to unmask the ideological content of language to reveal real relations of subordination."3 Ideology critique handles the power-knowledge relation by discounting not only multiplicity, but the possibility that culture produces who we 'really' are and how we 'actually' relate.  If language is not a mask, but is the way we produce ourselves and our relations, then there is no pre-discursive 'real' or 'root' or 'base' to be revealed.  Analysis should ask what texts do, not what they hide or uncover.

Does this mean that there is no right to object or reason to feel guilt?  No.  It means that an analysis of child-saving discourse must attend to questions beyond the assignment of good and evil. What sorts of claims about childhood and deprivation are being made (or ignored) by a particular campaign and how are these claims relevant for larger structures of thought and practice?

If child saving discourse does more than conceal power, what does it produce?

I posed this difficult question to my Australian colleague Shurlee Swain in the conversation recorded below.  An expert on child rescue literature, the history of child protection, adoption, and the law, Swain locates the emergence of the discourse in the 19th-century as a counterpart to romantic ideals of middle-class childhood.4 The idea that all children were worthy of care also implied the necessity that childhood - especially for the poor - needed to be controlled in order to secure the future of the nation. Swain explains that this was the cardinal feature of child rescue discourse and it tells us what (in general) it was doing.  It fostered a more active stance toward reformation and removal of children from their families in the name of their best interests and the interests of the state.

Swain emphasizes that even as child saving discourse helped reformers articulate and substantiate positive rights for children (food, water, medical care, education, protection), it did so by shaping our sensibilities in troubling ways.  It drove a wedge between our sympathy for poor children and poor adults. Swain points out that child rescue organizations have learned that they will garner more donations from wealthy countries in world North if they exclude adults from photographs and reports about children in world South.  Isolating the figure of the needy or at-risk child from their own adults, when combined with a romantic view of them as pre-political objects of care, makes the exercise of power over them invisible.

Here we can see ideology critique shaping Swain's succinct, persuasive analysis: ideas conceal the operation of power.  Yet, her words also help us consider what child-saving discourse might produce.  The discourse of child-saving seems to be a condition of possibility for a wide spectrum of educational and social programs dedicated to the developmental socialization of self-regulating subjects.  We might wonder whether this discourse positions proper power over children itself as a self-consuming thing;  power is exercised over children, so that they will one day (as adults) become free of it.  They will be the autonomous actors of liberal imagination.

Swain offers another, more specific, critique.  Child saving discourse helped produce current "rapid removal" practices in Australia.  These schedule babies be taken away from mothers at birth - if those mothers are adjudicated as unfit.  She wonders if governments thirty years from now will be making public apologizes once again for overly aggressive state intervention into children's lives.  It seems to Swain that the best way to help children, is to help their families care for them well.  Of course, this would require that we extend our sense of responsibility beyond the rescue of the child. 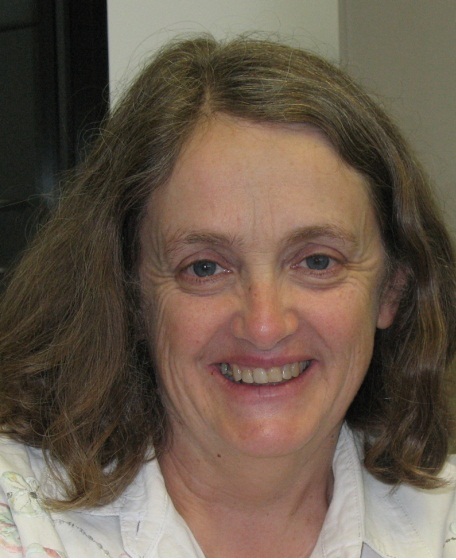 Shurlee Swain is Professor in the Faculty of Education and Arts at Australian Catholic University. She is the author or editor of four books, including The Market in Babies: Stories of Australian Adoption (Monash University Publishing, 2013). 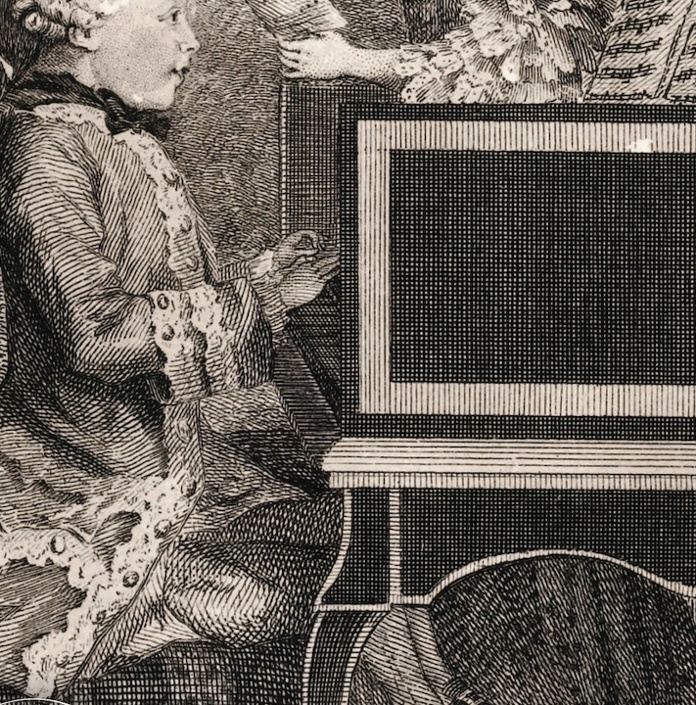