If you prefer to listen to the audio for this presentation, you can do so through the SHCY Podcast episode, here. Or browse other episodes of the SHCY podcast, here.

We propose to bring together four scholars trained in diverse disciplines, located in varied regions, to respond to the question:

What does the concept of governmentality offer the historical and political analysis of childhood and youth?

Each of our three presenters will provide a 10-12 response or reflection upon this question in light of his or her own research interests.  Depending on the numbers we have in the room, we may be able to structure participation drawing everyone into the discussion. In any event, the session will be participatory with the balance of the time being given to interaction between those present. 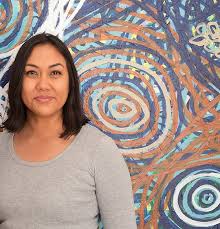 Sana is in Political Science at the University of Melbourne (Victoria, Australia). You can contact her, here.

Nakatais a Torres Strait Islander and Lecturer in Political Science, ARC Discovery Indigenous Research Fellow and co-Director of the Indigenous Settler Relations Collaboration at the School of Social and Political Sciences, The University of Melbourne. She is trained as a lawyer and political theorist, with specific interest in how children appear in and made sense of within political debates. Her first book, Childhood Citizenship, Governance and Policy (Routledge, 2015) explored this through Enlightenment political thought and contemporary debates about citizenship, criminality and sexuality. Her current ARC Discovery Indigenous grant investigates ‘Representations of Children in Australian Political Controversies’ with specific attention to representations of Aboriginal and Torres Strait Islander children, and child asylum seekers, and the implications of these representations for children, politics and the Australian nation.

In this short paper, I reflect that governmentality is most useful my work for its capacity to reveal relations between power and freedom, in which one cannot reduce or empty the other. That is: the exercise of power does not in itself obliterate the potential for freedom and free conduct, or the exercise of will; and the existence and practice of freedom is never exercised in the complete absence of power. Presented in two parts: first, I first outline my perspective on governmentality and its analytic purpose in my research on the politics of childhood generally; second, I reflect on the insights this has produced in a recent research project examining representations of Aboriginal and Torres Strait Islander childhoods in Australian politics. The central contribution that governmentality provides lies in how it can transform how we think about the idea of Indigenous childhood in Australia, from a policy site that surrounds a minority social group at the formative stage of physical and psychological development to a population whose existence in the contemporary settler-colonial state persists as an ongoing source of its political illegitimacy. In this way, governmentality works to reveal that the governingof childhood works to produce both future political subjects and manage a permanent, yet ever changing, population. The concept of governmentality offers an analysis not only of the history and politics of childhood and youth, but reveals how the governing of childhood works to make politics possible.

Patrick is in the Department of Interdisciplinary Programs and History at Kings University College at Western University (London, Canada), and you can contact him, here.

Ryan is Associate Professor in the Childhood and Social Institutions Program and the Department of History at Kings University College at Western University – Canada, where he has serve as a departmental chair and a program coordinator. He was trained as an historian and has interests in social policy, law, and discourse analysis. He is currently President of the Society for the History of Children and Youth and serves as its online editor – www.shcy.org.  His works include Master-Servant Childhood: a history of the idea of childhood in medieval English culture (Palgrave Macmillan, 2013), numerous articles on American social policies, and the multimedia series Childhood: History & Critique (2014-2016).

Ryan defines governmentality as the “recursive discourse” of modern rule: “the conduct of conduct.”  Taking it as discourse orients us to use it as a way of reading, rather than as a theory of society. This approach to the term connects the modern management of populations with the production of subjectivity (sensibility). Ryan reviewed the instantiation of governmental rule by the mutually reinforcing techniques of individualizing self-examination (youth counseling conversational forms, recovery programs, IEP’s, diagnostic categories and treatments for ADHD) and various practices of population management (family separation at borders, age of consent law, academic transcripts, and standardized testing). He concludes by briefly reviewing the invention of negligence in Anglo-American law as a governmental form, and by outlining its historical significance for the relocation of children’s work to schools, camps, and clubs in the early 20th-century in the U.S. 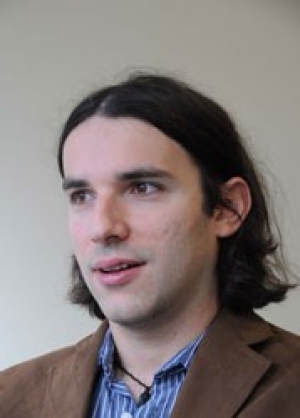 Marek is in the Faculty of Education and Social Work at the University of Auckland (New Zealand), you can contact him, here.

Tesaris an Associate Professor in Childhood Studies and Early Childhood Education at the University of Auckland, New Zealand, with a focus on the philosophy and sociology of childhood, and the history of education/childhood. His research is concerned with the construction of childhoods, notions of place/space of childhoods, and newly qualified teachers. He is in particular interested in innovative methodologies in education and the social sciences, including post-qualitative inquiry and philosophy as a method. Marek is an editor of multiple journals in philosophy of education, policy, and childhood education, including Editor-in-Chief of Policy Futures in Education (SAGE) and Deputy Editor of Educational Philosophy and Theory (T&F), and has a number of book series (Springer, Routledge, and Rowman & Littlefield). Marek is also the Associate Dean International, a role that encompasses strategy development and the internalization of research and education, and staff and student mobility.

Tesar will use his archival research of childhoods in ideologically based societies to address how the concept of governmentality influences the production of the researcher’s subjectivity as well as the subject of the research. Through the extensive analysis of archival documents, Tesar, has studied how childhoods were shaped and molded by governing rationalities; while at the very same time the researcher was shaped by the governing rationalities of the present time, administrating and guarding the archive. As such, in this short contribution, he will raise questions about the ethics of archival research and the historical study of childhood in relation to power and agency, and at the same time will address the construction of child produced through such archival enquiry. 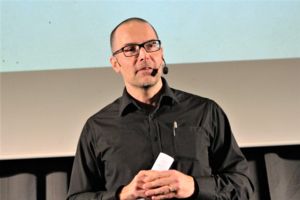 Thom is in the Education and Society at Malmö University (Malmö, Sweden), you can contact him, here.

Axelsson is senior lecturer at the Faculty of Education and Society, Malmö University – Sweden. He was trained as an historian at Tema Barn(the school of Childhood Studies) at Linköping University.  He works in the history of education and childhood, often from a Foucauldian perspective.  Most of his writing is in Swedish, but his English articles include: “Intelligence testing, ethnicity, and construction of the deviant child: Foucault and special education in Sweden,” Nordic Journal of Social Research vol. 7 (special issue, 2016): 22-35; and together with Jonas Qvarsebo “Lutherans, People with Values or US Citizens? The ever present dream of the good citizen”in Foucault and a Politics of Confession in Education, edited by Andreas Fejes and Katherine Nicoll (London: Routledge, 2015): 146-158.