Children, Mission, and the Reformation of Protestant Child-Saving in Latin America

On a dark, humid night in mid-April 1962, twelve-year-old Miguel Ángel walked alone, probably barefoot, along the winding, rural mountain roads through Costa Rica’s central highlands toward Hogar Bíblico Roblealto, a children’s home established in 1932 by Latin America Mission (LAM). The acting director of the early 1960s at the children’s home, Jessie Stevens, wrote about Miguel in a monthly circular: “He just showed up late one evening all by himself. Someone had told him about us, and since he’s a Christian (He’s even baptized, if you please!) he decided that this is the place that he wants to call home.”1 Missionary documents in the LAM collection at the Billy Graham Center archives reveal that Miguel Ángel ran away from the home his sister tried to make for him when he was six years old. They tell us that he spent a few nights sleeping in jail and that local police did not “look fondly” on children sleeping outside. Secondary research has confirmed that unaccompanied children were criminalized during San José’s urbanization in the 1960s.2 But neither archival documents nor the secondary research can show much about how or why a twelve-year-old boy decided to walk from the country’s capital to a rural farm, hours away, with little to no public transportation, on roads that existed to serve oxcarts, not buses. The documentary sources 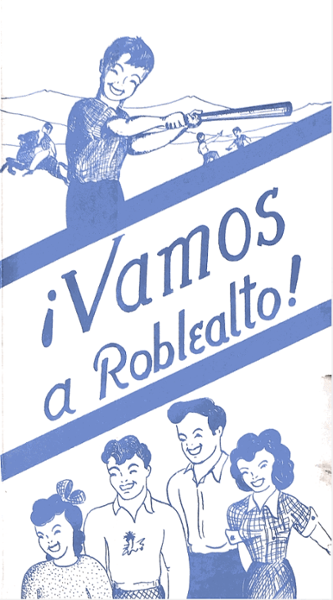 share a particular missionary perspective, one refined for US and Canadian evangelical supporters living thousands of miles out of context. Thorough, critical readings of these kinds of sources have led scholars to debate the roles of mission and missionary child-saving in US and British intervention in the Latin America, Asia, and Africa.3 My work contributes to this debate by first creating oral histories and testimonies for the historical record, and second by analyzing them alongside archival sources interviews of those that as children resided at Roblealto. My goal is to produce a local-driven and complex perspective of mission auxiliary work and the growth of Protestantism in Latin America.

My research brings new insights to transnational child welfare institutions and children’s roles within them. I hypothesize that children have historically played a critical role in shaping the missionary institution in ways missed by a narrative of top-down imperialism. A close, micro-historical study of Hogar Bíblico Roblealto reveals the ways in which children shaped missionary conceptions of the orphan over time and how this change in conceptualization led to child-centered reforms throughout the mid-century. These reforms led to housing more children, progressively frequent consultations with local experts on child welfare, and integration of local workers at all levels of the Mission.4 Critically, changes like this began rippling out to multiple levels of mission structure as Protestant mission companies across the region localized staff and leadership. Protestantism in Latin America exploded while missions changed rapidly across the region in the proceeding decades of the Cold War. In short, I hypothesize that examining children and their role in the mission in the early mid-century reveals important aspects of the growth of Protestantism in Latin America at the end of the Cold War.

Though I use archival documents in my research, I rely primarily on oral history sources in my analysis. Remembered, spoken stories are, I believe, the key to uncovering layers of complexity for new debates on Protestantism in Latin America. Protestantism came to Latin America, and conversion and growth depended on its children.5 Because children are rarely represented in the archive, memory and oral history become invaluable components to reconstructing the history of Protestantism and its growth in the region that so much depended on its child converts. “﻿Oral history is as reliable or unreliable as other research sources. No single piece of data of any sort should be trusted completely, and all sources need to be tested against other evidence.”6 Thus, analyzing oral histories alongside documentary and secondary evidence of child-saving and Protestantism mission in Costa Rica reveals important truths about the expansion and impacts of the religion in the region.

In my research, I consider stories like Miguel Ángel’s from the archives and pair them with interviews from former child residents to demonstrate the ways in which multiple children made choices and performed actions that required missionaries to reform their conceptualization of orphans and as a result` their auxiliary practices in the region. Through this mixed methodology, I am able to complicate a decades-long debate on the role of Protestant mission in imperial intervention. Are missionaries imperialists? 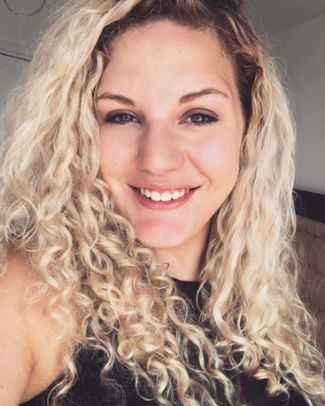 Krysta Beam is a PhD candidate at the University of Pittsburgh. Her research highlights children’s experiences at a twentieth-century Protestant home for children in Costa Rica. Krysta first came to Costa Rica as a teen missionary herself in 2007. After, she moved to a small village in a valley in the central highlands of Costa Rica, where her interest in Costa Rican history, culture, and experiences in the context of transnational interactions and identity formation was first peaked. In 2013, she earned a BA in History and International Studies from Greenville University in Illinois. In 2016, she earned an MA in Latin American Studies from the University of Illinois at Urbana-Champaign. And Since 2017, she has been a student in the Department of History at the University of Pittsburgh, with frequent trips back to that small village in a valley.

“Rupture and Redemption at Roblealto: A World History of Protestant Child-Saving in Costa Rica, 1932-1970”