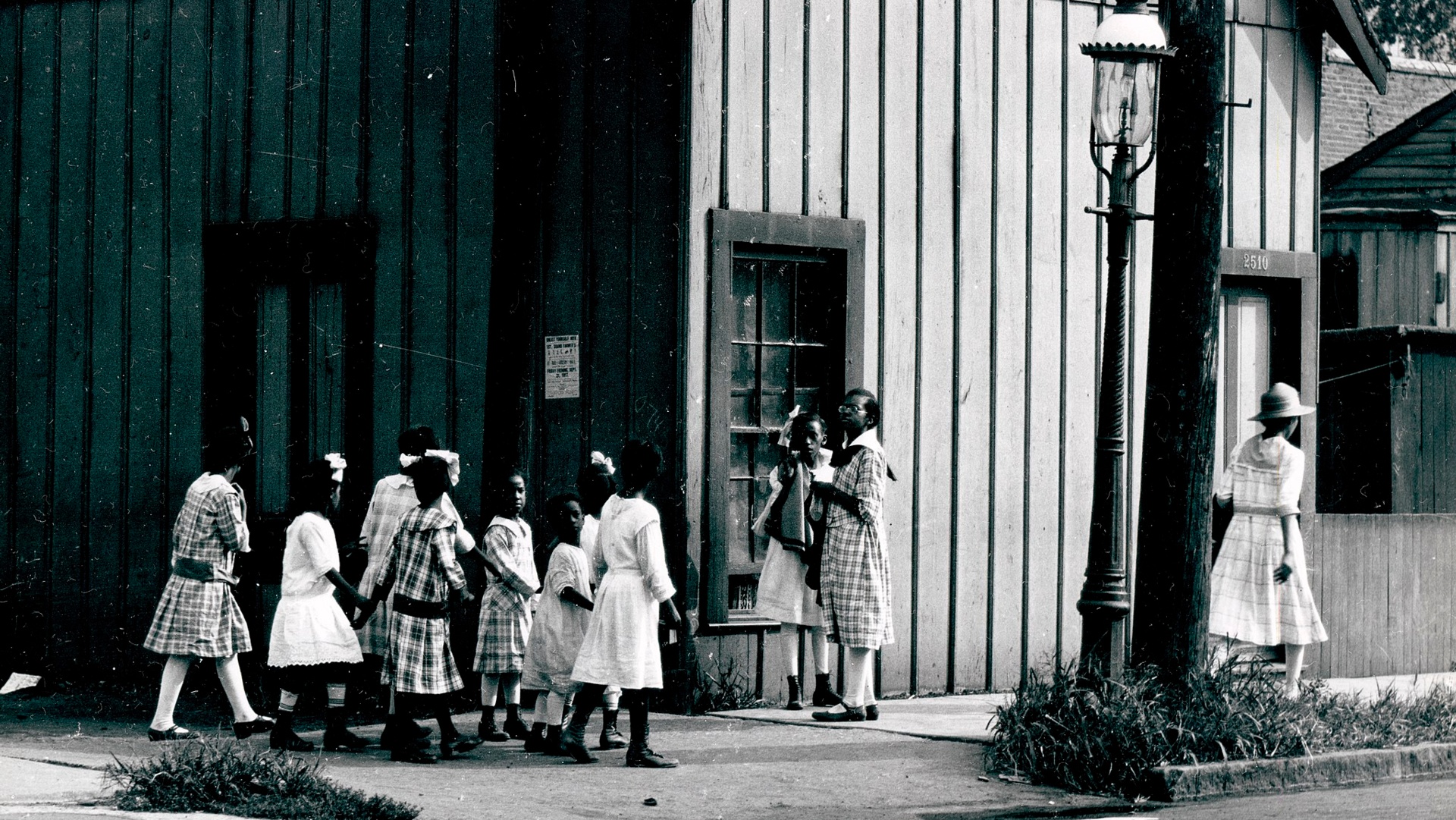 Welcome to the third instalment in our Featured Students section. Lisa Rose Lamson from Marquette University in Milwaukee, Wisconsin reflects on her dissertation.*

“A Great Good may Proceed from the Education of these poor Colored girls:” Black girlhood and schooling in Baltimore City, 1820-1900.

As a child, I learned that race and social classifications were fluid and constantly changing given the time and the space one occupied. I was constantly labeled – by institutions, my friends, my family and community members – something that often did not align with how I saw myself and my place in the world. People formed groups and decided who was “in” and “out” and these boundaries were created along racial, class, and gendered lines – all rooted in power. These early experiences and conversations shaped the course of my research and my lines of inquiry. I am deeply interested in constructions of gender – especially around femininity and masculinity – and power. My academic work is driven by a desire to understand how people learn, understand, and internalize social hierarchies and definitions and the fluidity of such classification. How do individuals understand their “place” within a society?

The way I explore this question is through schooling.

My dissertation explores Baltimore City’s educational system as a case study of the intersections of race, gender, class, and age in nineteenth century America.

I believe my microhistory provides a lens into the larger macro national conversations that surround education, race, gender, class, age, and how institutions develop new understandings of an individual’s place. I focus on how girls of color navigated the racial and gendered expectations in urban environments that remained segregated in the American South prior to and after the Civil War to get at these intersections.

Between 1800 and 1850, the free people of color population of Baltimore increased by more than 22,000 individuals, making it the largest non-white community in any southern city prior to the Civil War. Despite this demographic growth, however, life largely remained the same. Individuals were still limited in where they could live, what jobs they could access, what social spaces they could inhabit and – in particular to my work - where, if at all, they could be educated.

While the state of Maryland never legally restricted access to education for children of color, the state government did not provide schools, funding, or dedicated staff.

In 1828, to address the lack of city and state assistance, the Oblate Sisters of Providence (OSP), a Catholic order of women of color, established the private School for Colored Girls in the same year that public education began for white children in Baltimore. While the OSP’s school was one of many faith-based educational institutions that began in the antebellum period aimed at educating children of color, the school emphasized the education of girls and continuously operated during the 70 years my dissertation spans.

In the aftermath of the Civil War, Baltimore City provided public education for both black and white children at the primary, grammar, and high school levels, but segregated the schools according to race. Initially, education was limited to day and evening classes for children of color at eight primary schools. When four high schools were established for students of color, the schools were further segregated along gender lines. The same year public education was opened to children of color in 1867, Baltimore created a centralized system of schools that selected textbooks, made curriculum decisions, certified and appointed teachers, and distributed state funds, thereby removing local and community concerns from educational decisions. Despite declining enrollment during this time, the OSP’s School for Colored Girls still educated girls to be mothers, wives, and household servants, providing an option for women of color and their families if, or when, they found the public educational system lacking. In 1889, women of color began to be appointed to the city’s Colored Schools as adults petitioned for the hiring of teachers of color, educated in Baltimore schools, to teach in the Baltimore City’s Colored Schools.

My project altogether puts antebellum education in conversation with the education systems after the Civil War, to illustrate the continuity of -- and emphasis on—respectability for girls of color who embodied hope for the future of communities of color. The educational focus on uplift, according to these southern communities of color, was not an attempt to mimic white middle class values, as it has been previously understood by scholars, but to situate women and girls of color as moral and respectable pillars of their own communities. This suggests a significant continuity in the expectations of respectability, domesticity, and racial uplift that was at the heart of black femininity from the antebellum period through the Gilded Age. Girlhood and schooling highlights a continuum for the rationale informing educational choices for girls during both the antebellum and post-bellum period.

Joseph Hawes once said, “Childhood is where you can catch a culture in high relief,” and the values, anxieties, and hope for the future can be best understood through the study of children and childhood.1

My dissertation advisor, Dr. James Marten, opens his History of American Childhood course with this quote and, since embarking on my dissertation, this quote drives my work. How are the children being treated, what does society want from their future, and what does society do to ensure that these futures are filled? How do the girls respond to these imaginings and what are the different meanings layered onto these futures? As a scholar and as a woman of color, I try to tell the stories of women and people of color to represent and celebrate these histories in the same way traditional histories are. And with my work, I hope to answer these questions and enrich our discussion of American childhood in the nineteenth century.

Lisa Rose Lamson is currently a PhD Candidate in American History at Marquette University in Milwaukee, Wisconsin under the direction of Dr. James Marten. She received her M.Ed in Curriculum and Teaching (2016) and her MA in History (2014) from Bowling Green State University in Bowling Green, Ohio and her BA in History from the University of Washington – Seattle (2009). For the academic year 2018-2019, she is a Lord Baltimore Fellow through the Maryland Historical Society and a Marquette University History Department Teaching Fellow. Broadly, her research attempts to answer how societal hierarchies get formed, how are these hierarchies internalized by individuals, and when are these hierarchies understood as seemingly absolute? More specifically, her dissertation examines efforts in Baltimore City, Maryland to educate girls of color in both public and faith-based institutions to understand how girls learn their “place” throughout the nineteenth century. 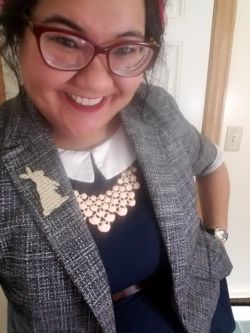 * Missouri History Museum. African-American girls gather after school near Sumner High School. 1900 to 1922 #216.6 of 477. This work is in the public domain in the United States because it was published (or registered with the U.S. Copyright Office) before January 1, 1924.