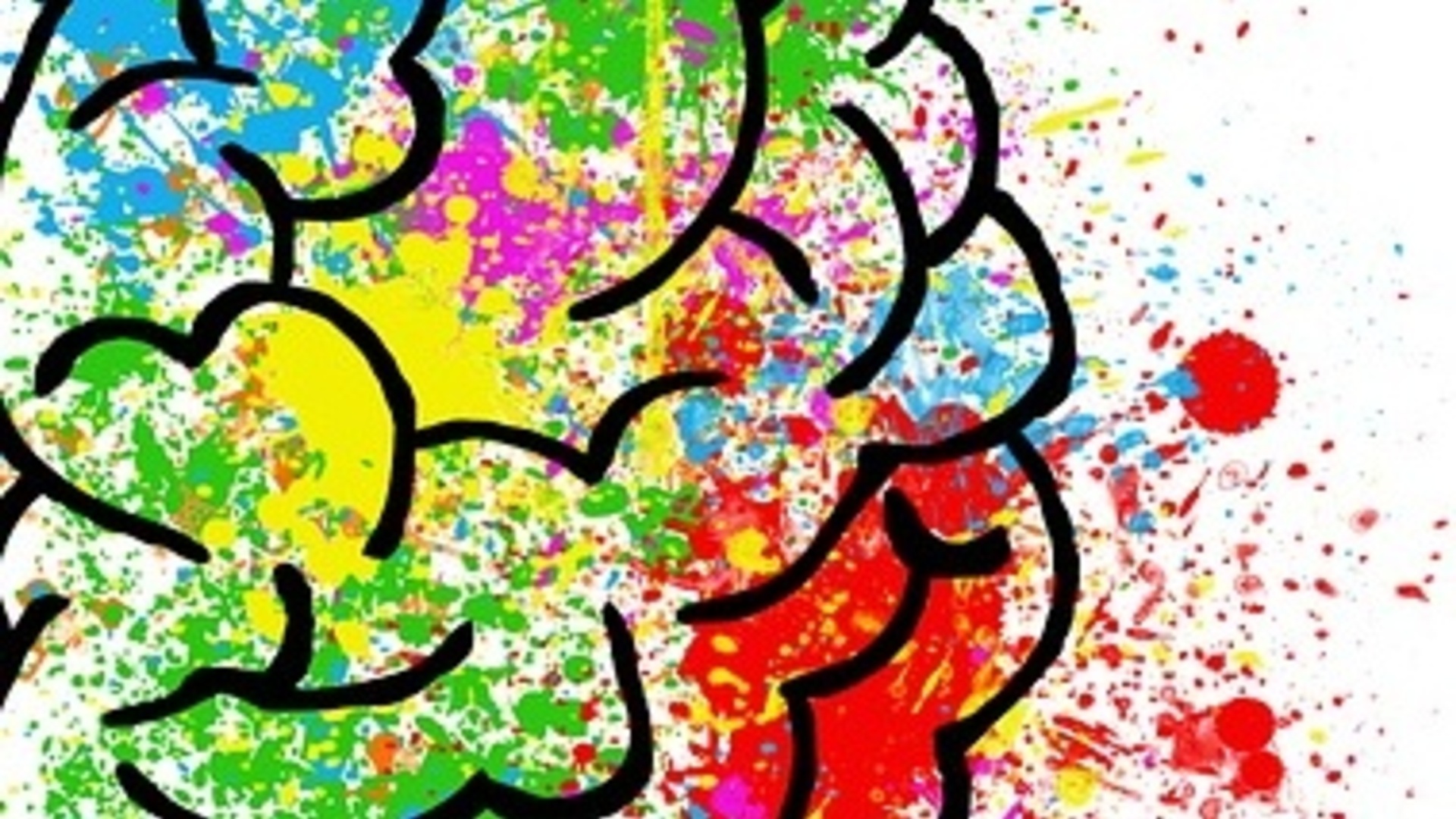 Welcome to the second contribution to the new student feature series. Our second student is Peter Skagius from the Department of Childhood Studies at Linköping University, Sweden.

Media and the History of Child Psychology and Psychiatry in Sweden, 1968-2008

Despite having my basic training in psychology, I have always had a great interest in fields such as history, sociology and philosophy and throughout my undergraduate education I continuously felt like I had to supplement the psychological literature with other perspectives to gain a fuller picture of whatever we were studying that week. Although it surely was important and worthwhile to learn about, say, depression and contemporary approaches to diagnosing and treating it, how could I truly understand this phenomena without also considering, as Alain Ehrenberg discusses in his The Weariness of the Self: Diagnosing the History of Depression in the Contemporary Age, shifting notions of personhood and changes in how society is organized? Or, to take another example, how could psychology simply ‘uncover’ ahistorical features of man when, as repeatedly argued by the philosopher of science Ian Hacking, the way that people are described and categorized by experts will change how they behave, which in turn will affect the categorizations? There is, with Hacking’s vocabulary, a ‘looping effect’ between humans and categories that challenges any notion of a once-and-for-all fixed categorization.

This interest led me, after a few years of working as a clinical psychologist, to a Ph.D position at Linköping University (Sweden), and more specifically to a position in a project studying the history of child psychology and psychiatry in Sweden, 1968-2008. While this topic has not been extensively studied, those studies that have been made have mainly focused on analyzing two kinds of material. First, researchers have examined political documents such as Swedish Government Official Reports (Statens offentliga utredningar) and described how various psychological and psychiatric theories and notions have been used in these documents to conceptualize children and young people’s mental health and argue for different solutions and interventions. Second, scientific literature, for instance handbooks on psychotherapy with children, has also been studied, to better understand the shifts over time in how children’s health and development have been viewed and theorized by experts.

In this project, we – meaning myself as the main researcher, Professor Karin Zetterqvist Nelson from Linköping University and Professor Anne-Li Lindgren from Stockholm University – have wanted to go beyond the political and scientific literature since we figure that very few Swedes will actually have sought out and read such texts. Instead, we wanted to turn toward media, broadly defined to include newspapers, magazines and the Internet, as it is through such channels that most people get information about children and childhood.

We were therefore curious about what the general Swede, flipping through the pages of their daily morning paper during breakfast, learned about child psychology and psychiatry.

How did the psychologists, psychiatrists and psychotherapists featured in such a paper discuss the mental health of children? What explanatory frameworks and theoretical notions were mobilized? Were diagnoses mentioned and if so, in what way? And how have these discussions shifted over time?

To answer these questions we sought out a variety of sources. In the end, we have analyzed both national and local morning papers, a parenting magazine, the site of a nonprofit online organization catering to young people as well as made use of the National Library of Sweden’s new digitalized archive of Swedish newspapers (https://tidningar.kb.se/). Although we have not completed all the analytical work yet and there is always some caution to consider when it comes to drawing general conclusions from a rather limited source material, the preliminary findings do point toward some interesting tendencies and conclusions.

One of these are that there has been a very diverse range of theories promoted throughout the covered decades by experts, even during overlapping years and in the same publication. This means that someone reading a Swedish paper might encounter different –and at times conflicting – notions of children’s mental health. Does the child, as some psychodynamic and psychoanalytical experts argued in the 1980s and ‘90s, develop a mental disorder because s/he has been neglected and maltreated by the parents, leading to the internalization of destructive parental images that make the child act out or develop an eating disorder? Or is it because, as experts drawing on the neurosciences claimed during the very same decades, the brains of certain children differ in their structure and functioning, increasing the risk that these children display disorders such as Attention Deficit Hyperactivity Disorder (ADHD)? These two ways of conceptualizing clearly had rather different implications for how to prevent, alleviate and/or treat mental ill-health among children and young people. 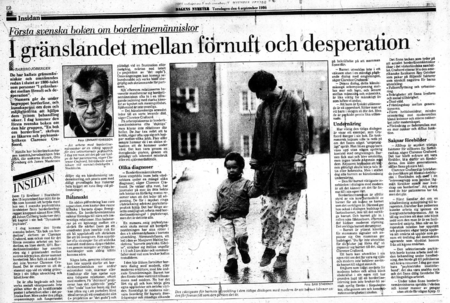 In much of the current scholarship on the history of psychology and psychiatry, broad analytical concepts such as “the psychologization of society,” “the therapeutic society” and “the psychiatrization of childhood” are mainstays. Scholars have with these wanted to highlight – and often more-or-less explicitly criticize – the seeming increase of psychological and psychiatric discourses and their effect on how we understand ourselves and our lives. These processes, it is claimed, limit people by individualizing problems and removing them from the political, social and economic sphere. Particularly the neurosciences have lately been the topic of such critical scrutiny, as these have (not always incorrectly) been claimed to reduce any issue or problem to a being about the individual brain and disregarding any other possible factors.

But in light of how experts discussed these issues in our material, I have started to wonder whether such analytical maneuvers are not oftentimes too overly generalizing.

They collapse a very broad range of psychological and psychiatric theories and frameworks into an all-purpose “psy discourse” category with a very homogenous set of effects. To me, it seems like this is more confusing than helpful for the task of understanding the history of these disciplines and the role they have played in society as important distinctions between contrasting psychological and psychiatric traditions disappear. For example, while the two ways of conceptualizing children’s mental health that I discussed above would probably both fall into such a broad “psy” category, the implications they have for, say, how we should organize society to better prevent mental ill-health widely differ. Is the loss in analytical and historical clarity by clumping them together really offset by the possible gains in “critical power” or generalizability?

Furthermore, there is a risk of obscuring the variability of psychological and psychiatric vocabularies and how they have been appropriated for many diverse purposes. While much Anglo-Saxon research has found, and (quite rightfully) criticized, that neuropsychological and –psychatric ways of conceptualizing children’s mental health often stress pharmaceutical interventions, in the material we have studied experts drawing on the neurosciences proposed a much wider range of solutions, with very few of them solely insisting on medication. Many of the experts highlighted that Swedish society had to understand that children with ‘atypical’ brains had specific needs and requirements and that society and its authorities and institutions had to adapt to this, instead of trying to fit them into for example a school system that was built around children with ‘normal’ brains.

Social interventions, instead of solely medical, were thus seen as vital tool in the attempts to help children.

And I am not alone in arguing for a broader understanding of the history of psychology and psychiatry. Mathew Thomson has shown in his Psychological Subjects: Identity, Culture, and Health in Twentieth-Century Britain how different psychological strands were incorporated into religious, spiritual and communal frameworks, whereas Katie Wright has studied how therapeutic understandings of the self has been used as a means to demand recognition and accountability from authorities for one’s distress and suffering. “Psychologizing” or “psychiatrizing” an issue or sector of life can hence mean many things, besides depoliticizing and individualizing it.

Mathew Thomson further writes that there has been quite an “emphasis [in the historical research hitherto done] on professional literature meaning that it can be hard to break free altogether from the conventional narrative within the history of psychology”, that is a story revolving around “control, regulation, and the constitution of psychological subjectivity ‘around the pole of abnormality’.” It is the ambition of this project to try and contribute to such a destabilization by examining an up till now rather overlooked kind of material and, hopefully, by doing so also up for new ways of understanding the history of psychology and psychiatry. 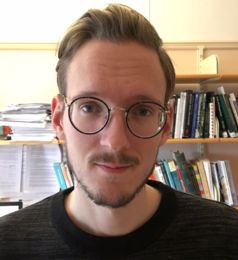 Peter Skagius is a Ph.D. candidate at the Department of Thematic Studies – Child Studies, Linköping University. He is writing his thesis on the dissemination and circulation of child psychological and psychiatric knowledge in Swedish society from the 1960s and onwards and has published on the history of the Swedish psychology profession. In his research he draws to a large degree on methods and theories from the fields of Childhood Studies as well as Science and Technology Studies, particularly Actor-Network Theory.

Skagius, Peter. (Accepted). "Brains and Psyches: Child Psychological and Psychiatric Expertise in a Swedish Paper, 1980-2008" History of the Human Sciences.