Benjamin Axelrod, a twelve-year-old Hebrew boy, arrived in the United States for the seventh time on November 30, 1907. After leaving Podolia, Russia (now Ukraine), he had crossed the Atlantic Ocean thirteen times. Every time he had reached the United States, the immigration authorities had dismissed him and deported him promptly. In early December 1907, American newspapers widely reported the remarkable story of “the most persistent immigrant.” After being deported six times, Benjamin finally entered the United States probably with the support of someone who knew his father in Russia.

My dissertation project, “Disposable Subjects: Child Migration, International Law, and U.S. Immigration Policy, 1900s -1920s,” explores how children became an object of exclusion and protection at the U.S. border. The Immigration Act of 1907 added unaccompanied alien minors under sixteen years of age as a formally excludable class. Benjamin Axelrod explained to the immigration officers on Ellis Island that he had run away from his poor parents in Russia. He believed that he could make a fortune in the United States. American cities, however, were filled with children exhausted from poverty and long work hours. Since the nineteenth century, reformers and policymakers had shared concerns about the fate of orphaned, separated, and abandoned children in American cities. In 1905, the Bureau of Immigration recommended the exclusion of unaccompanied alien minors on the grounds that they would face a high risk of exploitation by padrones in the United States.

Starting with the 1907 Immigration Act, the U.S. government incorporated the principle of guardianship into U.S. immigration law and policy:

To enter the United States, children were to be supported by their parents or guardians legally responsible for their protection and care. In other words, this principle obliged foreign-born children to clarify who would take care of them to immigration officers.

My dissertation examines how the U.S. government substantiated and enforced this principle. Not surprisingly, its administration involved much more work than its codification.

In the early 1910s, the principle of guardianship allowed the U.S. government to differentiate foreign-born children of naturalized citizens from those of non-citizens. The legal status of foreign-born children at the U.S. border was diverse in the early twentieth century. Chinese children were subject to the Chinese Exclusion Act. From the 1890s to the 1910s, many immigrant families experienced separation at the port of arrival because some of their children were diagnosed with Class A Conditions—infectious and dangerous diseases such as trachoma or other critical conditions such as “feeble-mindedness”—that could lead to deportation. On July 12, 1912, Charles Nagel, the Secretary of Commerce and Labor, admitted Riwke Polayes, an eleven-year-old girl despite her being “imbecile.” She travelled from Russia to the United States to join her father, John, a naturalized citizen in New Haven, Connecticut. Nagel’s decision was merely administrative but controversial because it would entitle naturalized citizens to bring their foreign-born children, regardless of health conditions of such children.

WWI brought another change to the principle of guardianship: At America’s gates, alien minors became obliged to identify themselves exclusively through their documented connection with their parents or guardians. During WWI, the United States and many other countries introduced or reinforced passport and visa systems. Shortly after the U.S. entrance into WWI, the 1917 joint order of the Departments of State and Labor required all non-Americans wanting to enter the United States to hold a visa issued by a U.S. consular official—to clarify their purpose of visit to the United States, and to verify their identity, by presenting a government-issued certificate of identity, usually a passport. Alien minors were also obliged to demonstrate their parentage through documentation. The 1918 War Measures Act fully incorporated such passport and visa requirements into law.

My dissertation will present the principle of guardianship as one consistent feature of the development of U.S. immigration law and policy from 1907 to 1924.

In the early 1920s, U.S. visa regulations quickly developed into one of the most stringent of their kind in the world. After WWI, the increase in child abduction cases in war-affected regions convinced child welfare specialists to identify unaccompanied and separated minors as an object of international humanitarian protection. Grace Abbott, then the chief of the U.S.

Children’s Bureau, was among those who expected that the mandatory use of travel documents would safeguard children against trafficking, by preventing them from travelling internationally on their own. My dissertation will also describe the paradoxical workings of the principle of guardianship.

Countless children had crossed the U.S. border before the period of “open” immigration came to an end in the 1920s. Some were as much as audacious as Benjamin Axelrod. Others were as much as silent as Riwke Polayes. But, many left some traces of their existence. A closer look at their stories will enable me to write a multi-layered history of child migration. The principle of guardianship, considered essential for the protection of some children, resulted in the exclusion of others. In the 1920s, the visa system as its procedural embodiment came to function as a legitimate system that could exclude children in the name of their protection. At that time, it was extremely difficult for many people, including children, to acquire a government-issued certificate of identity.

My ambition is to historicize the question of children’s right to identity. My dissertation has originated from my interest in the concept of children’s rights and its history. I am drawn to the topic of child migration partially because I am curious to know how the concept has been challenged, negotiated, and implemented at the U.S. border.

I focus on the first three decades of the twentieth century because I see the importance of this period for understanding the burden of self-identification imposed on children. The principle of guardianship, including its deficits and disadvantages, is worth examining as we discuss children’s rights to identity today as a human rights question. 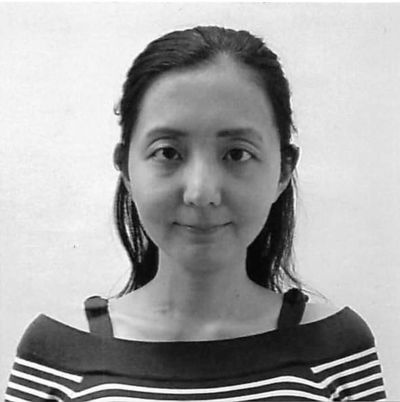 Yukako OTORI is a Ph.D. candidate in the History Department of Harvard University. Her research interests include modern U.S. and international history, with a thematic focus on childhood, Christianity, and human rights. She is currently working on a dissertation, “Disposable Subjects: Child Migration, International Law, and U.S. Immigration Policy, 1900s -1920s,” which examines how the documentary surveillance of the U.S. border and the international standardization of travel documents affected child migration to the United States. In 2016-2017, she studied in Geneva, Switzerland as a Junior Visiting Fellow in the International History Department of the Graduate Institute of International and Development Studies. Her work has been supported by institutions in Japan and the United States, including Japan Society for the Promotion of Science, Japan- United States Educational Exchange Promotion (Fulbright) Foundation, Konosuke Matsushita Memorial Foundation, Harvard University Minda de Gunzburg Center for European Studies, University of Chicago Library, and Honjo International Scholarship Foundation. Most recently, she was awarded a George E. Pozzetta Dissertation Research Award from the Immigration and Ethnic History Society. In the 2017 conference of SHCY, she co-organized a panel with Andrée-Anne Plourde, a Ph.D. candidate of Laval University, Canada. You can e-mail her, here.

“Child Labor and Post-WWI Humanitarianism,” The Conference of the Society for the History of Children and Youth, Rutgers University of New Jersey, Camden (June 2017).