We are pleased to announce this year’s winner of the Grace Abbott Book Prize: 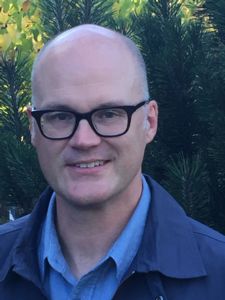 “This beautifully written, rigorously researched book, embodies the spirit of the Grace Abbott Book Prize by placing youth at the center of regional—and indeed global—political processes in a way that fundamentally revises historical interpretations of European unification.  He uses materials in five different languages from eight different countries, and uses the theater of Europe to project the dynamics of youth cultures from around the world.  While he acknowledges “youth” as a socially constructed category of identity, he is also attentive to the ways in which young people themselves played an active role in shaping that social construction.  The young people that trek their way across this book’s pages, geographies, and decades are agents of their own destinies, but also articulate their awareness of the impact that their mobility had on transforming social and political realities.  Not only is Backpack Ambassadors a compelling and persuasive historical narrative, it is also a timely contribution to resurging discourses about European identity.”

The Grace Abbott Book Prize is offered annually by the SHCY for the best scholarly book published in English on the history of childhood and youth.

2007: Julia L. Mickenberg, Learning from the Left: Children’s Literature, the Cold War, and Radical Politics in the United States (Oxford UP)